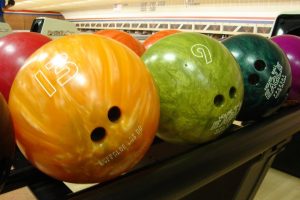 If you want to bowl like a pro, then you got to talk like one. Or at the very least, you need to be able to understand basic bowling terms so that you can converse with your fellow bowlers and friends! So check out these common bowling terms to get a grip on the lingo:

Now that you know the lingo, come try it out at our Middletown bowling alley! Check out our hours and make your plans today.